The store will not work correctly in the case when cookies are disabled.
Menu
Account
Control4 Auxiliary Keypad (White)
C4-KA-WH
CPD SKU
C4-KA-WH
UPC
876389010899
Login to view prices
Skip to the end of the images gallery 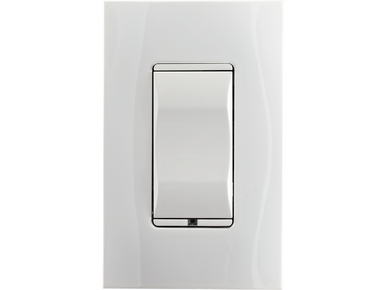 Skip to the beginning of the images gallery
Details

Control4's Auxiliary Keypad is an economical, code-compatible way to add controls for three-way and four-way control of lighting, fans, and other loads. Even if the controller is offline or removed from the scenario, the Auxiliary Keypad still operates its attached load.

No Need for Controller

Some municipal building codes require load controls in more than one location. For example, they require light controls at both the top and bottom of a stairwell, and those controls must work at all times. Control4's Auxiliary Keypad was designed to solve this problem. It's not programmable via Composer, but it can control loads even when a controller isn't present.

Control4's Auxiliary Keypad connects to dimmers, switches, and fan controllers. It's an economical solution when you want to control a load from multiple locations without investing in an additional keypad or dimmer. When connected to a fan controller, each tap of the button adjusts the fan speed. When connected to a dimmer, press and hold the button to ramp up the load.